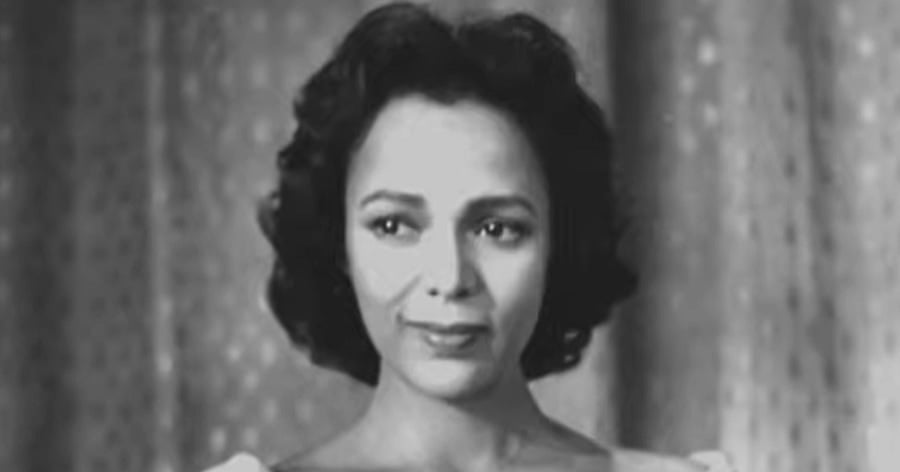 Who is Dorothy Dandridge?

Dorothy Jean Dandridge was an American film and stage actress, dancer and singer, most distinguished as the first African-American actress to earn an ‘Oscars’ nomination for Best Actress for her outstanding performance in the title role of the all-black film ‘Carmen Jones’ (1954). It was not at all easy for her as a black woman living in a prejudiced society to get lead or substantial roles that were easily available for the white-skinned divas and many of her initial films went without any credit. However her stunning beauty and charm along with acting and singing prowess helped her become the first African-American actress to bag leading roles in Hollywood in a career that did not have a long span but was marked with noteworthy films. Some of her notable films were ‘Island in the Sun’, ‘The Murder Men’ and ‘Porgy and Bess’. But this glamorous and remarkably talented performer faced an extremely perturbed life that was marked with a depressing childhood, fighting with the odds of racism, coming to terms with a number of unsuccessful relations, several setbacks in professional life, financial woes and the continuous battle against alcohol and drug abuse. The 1999 biopic, ‘Introducing Dorothy Dandridge’ was based on her. This yesteryear diva left the world under mysterious circumstances.

She was born on November 9, 1922 in Cleveland, Ohio, as the second child of Cyril Dandridge and Ruby Dandridge. Her father was a cabinetmaker and minister while mother was an actress. Dandridge never saw her father as her parents separated when her mother was pregnant with her.

She was nudged into show business by her mother who formed a song-and-dance team for Dandridge and her elder sister Vivian naming it ‘The Wonder Children’. The two sisters travelled Southern US performing acts scripted by their mother in churches and schools. While her mother would work and perform in Cleveland, the sisters toured with their team managed by their mother’s lover Geneva Williams.

Dandridge hardly attended school in the five years of rigorous tour that they conducted with their song-and-dance team and led a miserable childhood in the hands of Williams who was a strict disciplinarian and often cruel to her. She faced years of physical, emotional and sexual abuse at the hands of Williams.

The Great Depression resulted in dearth of work so Ruby relocated to Hollywood, California in 1930 with her two daughters in search of steady work. While Ruby began working in radio and films doing bit parts mostly as domestic servant, typical roles offered at that time to black actresses and actors, Dandridge began to study at the ‘McKinley Junior High School’.

In 1934 ‘The Wonder Children’ was re-christened as ‘The Dandridge Sisters’, which was joined by Etta Jones, a dance schoolmate.

‘The Dandridge Sisters’ gradually achieved fame as a popular band and performed successfully for several years including getting a regular slot at the posh ‘Cotton Club’ in Harlem, New York. The team also performed at the music hall in Harlem, ‘Apollo Theater’, a well-known place for American-African performers.

The role of Helen Fielding was her first credited film role that she did for the 1940 released supernatural crime film ‘Four Shall Die’ directed by William Beaudine.

Apart from films she also featured in a series of soundies like ‘Jig in the Jungle’, ‘Cow, Cow Boogie’ and ‘Paper Doll’ that again showcased her talent in acting and singing.

While struggling with her career she also faced personal setbacks with regard to her marital life and motherhood. To overcome all odds she chose to immerse herself into more work and in that pursuit took acting, singing and dancing lessons.

She returned to the nightclub circuit and began performing at high-end nightclubs and supper clubs as a successful solo singer. In 1951 Dandridge became the first African-American to perform at the ‘Empire Room’, the supper club of ‘Waldorf-Astoria Hotel’ in New York City. After having a successful stint at the ‘Mocambo’ in Hollywood breaking attendance record and such other endeavours, Dandridge became an international star performing around the world including in San Francisco, Rio de Janerio and London.

Side-by-side she continued with her film assignments, though nothing significant came by her way to further her career until she landed up with her first starring role in the 1953 low-budget film ‘Bright Road’ when a Metro-Goldwyn-Mayer studio agent spotted her performing in ‘Mocambo’ in December 1952. During that period she also worked in some TV variety programs.

In 1953 she bagged the most remarkable film of her career, ‘Carmen Jones’, an all-black musical based on Oscar Hammerstein II's 1943 Broadway musical of the same title. Directed and written by Otto Preminger and released on October 28, 1954, the film became a critical and huge commercial success worldwide garnering $9.8 million at the box-office.

Outstanding performance of Dandridge in the title role in ‘Carmen Jones’ not only earned her critical acclaim and established her as a sex symbol but also fetched her nomination for Academy Award for Best Actress, marking her as the first African-American actress to be nominated for such an award. She also earned a BAFTA and a Golden Globe nomination for Best Actress.

‘Life’ magazine featured her on its cover on November 1, 1954, thus marking yet another accomplishment for her as the first black woman to achieve such feat.

Although she won hearts with her outstanding performance in ‘Carmen Jones’, she got entangled into the racial stereotype and had to wait for three long years to get a meaningful role of her choice in 1957 with the film ‘Island in the Sun’. Directed by Robert Rossen, the film was released on June 12, 1957 and became a subject of controversy due to its bold subject on inter-racial romance. Nevertheless it emerged a huge box-office hit worldwide and became the sixth highest-grossing film of that year.

Her last notable film was Otto Preminger directed musical ‘Porgy and Bess’ (released on June 24, 1959). It was based on a 1935 opera bearing the same title. Dandridge earned Golden Globe nomination for Best Actress for essaying the role of Bess in the film. It is considered by many as her finest performance.

She married twice. Her first marriage was with dancer and entertainer Harold Nicholas from September 6, 1942 to October 1951.

After separating from Harold Nicholas she married Jack Denison on June 22, 1959 but the couple separated sometime in 1962.

Her only child, Harolyn Suzanne Nicholas, born out of her first marriage, on September 2, 1943, was mentally challenged due to brain damage suffered at the time of birth.

Dandridge had a four year affair with director Otto Preminger starting from the filming of ‘Carmen Jones’ (1954).

She faced immense financial hardships as she was cheated by those who handled her finances. Such setbacks led her to sell her home in Hollywood and move to a small apartment in California and also put her daughter in a relatively smaller mental institute.

On September 8, 1965, she died in mysterious circumstances in West Hollywood, California, the cause of which is split between an accidental overdose of Imipramine and embolism.

Her funeral service was held on September 12, 1965, at the ‘Little Chapel of the Flowers’. Following cremation, her ashes were buried in the Freedom Mausoleum at ‘Forest Lawn Cemetery’.

On January 18, 1983, she was posthumously conferred a Star on the Hollywood Walk of Fame at 6719 Hollywood Boulevard.