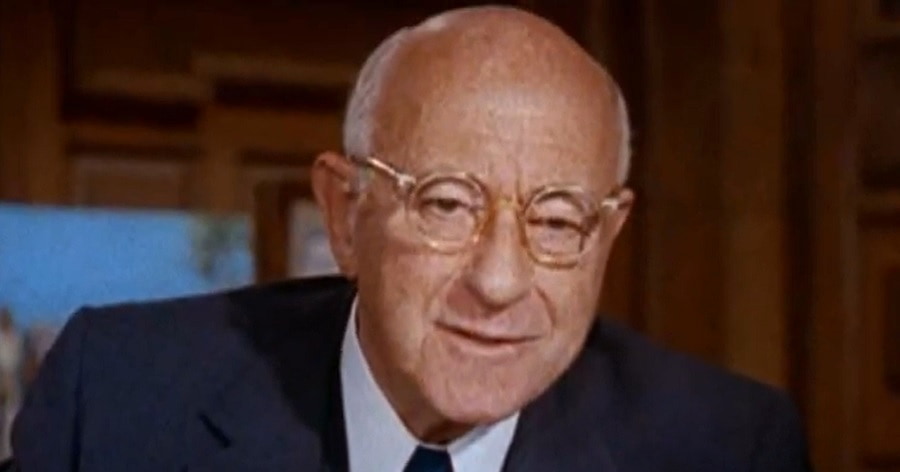 Who is Cecil B. DeMille?

Cecil Blount DeMille was a legendary American filmmaker. He is considered a founding father of Hollywood. His trademark films were the Biblical and historical dramas remarkable for their larger than life portrayal and big-budget scale productions along with his cinematic showmanship. Most of his films were almost invariably box office gold thus making him one of the most commercially successful director-producer in the history of cinema. The genres he treaded in films include Westerns, historical spectacles, social dramas, ethical plays, farcical plays and comedy stories. Beginning his acting career on stage he gradually forged ahead with writing and directing stage productions. His directorial debut ‘The Squaw Man’ remains the first feature film shot in Hollywood. With ‘The Ten Commandments’ (1923), he marked his debut in Biblical epics. The film not only garnered commercial and critical success but also held a revenue record for Paramount Pictures for 25 long years. ‘The King of Kings’ a biopic on Jesus Christ, directed by him became one of the most commercially successful films of the silent era. His other notable films include ‘Cleopatra’, his first film that bagged a nomination for ‘Academy Award for Best Picture’; ‘Samson and Delilah’, a block-buster; ‘The Greatest Show on Earth’, a circus drama that bagged ‘Oscar’ for best picture; and ‘The Ten Commandments’ (1956), which is presently the 7th highest grossing film of all times. Apart from other awards and recognition he received ‘Academy Honorary Award’ in 1950 for making invaluable contribution to cinema.

He was born on August 12, 1881, in Ashfield, Massachusetts, to Henry Churchill DeMille and Mathilda Beatrice Samuel DeMille.

His family was into theatrical arts. His father was a playwright and a lay reader in the Episcopal Church. He was brought up in Washington, North Carolina.

His father used to read classics and the Bible to the children at night. He later recalled that while staying in Pompton Lakes, New Jersey, where the family operated a private school, he used to visit Christ Episcopal Church and it was at this church that he envisioned the story of the silent film, ‘The Ten Commandments’ (1923).

After his father succumbed to typhoid on February 10, 1893, his mother opened ‘Henry C. De Mille School for Girls’, an acting workshop, in their home. Later Beatrice worked with Broadway as a female play broker.

Thereafter he and his brother William Churchill DeMille received scholarship and joined ‘American Academy of Dramatic Arts’ in New York. Later the Academy conferred upon him an Alumni Achievement Award.

He made his acting debut as a teenager in 1900 with the theatrical company of Charles Frohman on Broadway stage with the play, ‘Hearts Are Trumps’. Other stage productions where he performed include ‘The Prince Chap’, and ‘Lord Chumley’.

Although he did a long string of performances, success seemed to elude him and he was better known in the theatrical circuit as brother of William, who was gradually making a mark as a playwright. William occasionally called DeMille to collaborate and the duo sometimes worked with theatrical director-producer, impresario and playwright David Belasco, who was an acquaintance of their father.

DeMille’s 1913 theatrical production ‘Reckless Age’ garnered success, but overall it was a hard time for him, and he struggled to sustain his family comprising his wife and a little daughter.

His first film, a silent western drama ‘The Squaw Man’ that he co-directed with Oscar Apfel was released on February 12, 1914, in the US. He chose Hollywood as the shooting location instead of the regulars and also made the film with a run time of 74 minutes, flouting the dictum of 20 minutes. The sensational interracial love story of the film not only made it a phenomenal hit establishing the Lasky Company but also "put Hollywood on the map" of show business.

With back-to-back successful silent films he achieved immense popularity that eventually saw him treading into other fields including launching the first commercial airlines of the US, the ‘Mercury Aviation Company’; working as an executive in ‘Bank of America’, thereby aiding filmmakers in loan approvals; delving as an underwriter of political campaigns; and also working as real estate speculator.

His transition from silent films to talkies was quite a smooth one with him playing an instrumental role in not only devising a microphone boom and a blimp ( a sound proof cover placed over a camera while shooting), but also making the camera crane widely popular.

He continued to be productive, popular and commercially successful with his sound pictures that he created till the 1950s. He worked with several well-established stars like Fredric March, Robert Preston and Gary Cooper, and also with many not so famous like Charlton Heston, Rod La Rocque and Gloria Swanson and made stars out of them.

He was distinguished for his big-scale extravagant films that included using thousands of extras and application of strikingly impressive set pieces. Some such remarkable films include the dramatic western film, ‘Union Pacific’ (1939), ‘Samson and Delilah’ (1949), ‘The Greatest Show on Earth’ (1952) and ‘The Ten Commandments’ (1956), which is a partial remake of his 1923 silent film of the same title.

He was one of the most celebrated directors of his time equipped with jodhpurs, riding crops and megaphone.

He was a dedicated Republican activist all through his life. Designated by Frank Wisner and Allen Dulles, he served board of anti-communist National Committee for a Free Europe in the early 1950s.

DeMille designed uniform of cadets at the newly established ‘United States Air Force Academy’ in 1954 at the behest of Secretary of Air Force, Harold E. Talbott. The designs were adopted to make uniforms and such uniforms are worn by cadets till present.

Memoir of DeMille titled ‘The Autobiography of Cecil B. DeMille’ was published in 1959.

He was a Freemason who remained a member of Prince of Orange Lodge #16 in New York City.

He married Constance Adams, his co-star from ‘Hearts Are Trumps’ on August 16, 1902. They had four children, one biological daughter Cecilia (born on October 5, 1908), one adopted daughter Katherine Lester and two adopted sons, Richard and John.

Katherine became an actress and later married actor Anthony Quinn. Richard became a distinguished filmmaker and writer. He was also a psychologist.

DeMille succumbed to heart failure on January 21, 1959, in California. His funeral took place on January 23 at St. Stephen's Episcopal Church and his remains were interred in ‘Hollywood Memorial Cemetery’.