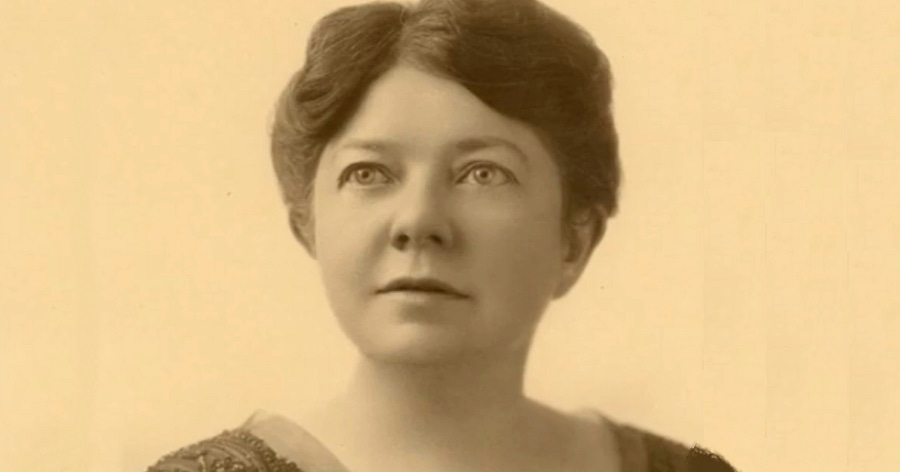 Who is Amy Beach?

Amy March Cheney Beach was a legendary music composer and pianist and was the best woman composer at the time in the United States. As a woman, she defied all traditional conventions and set foot into a world of musical maestros to create some of the most notable works of her period. This made her the first successful woman composer. She was well known for her large repertoire of musical and solo achievements and went on to stun the world with her complex styles of music composition and symphonies. Some of her well known milestones are songs such as the ‘The three years at the spring’. Her other creations included choral pieces and symphonies such as the ‘Gaelic Symphony’ making her the first ever woman in history to work on these genres. With countless solos, operas and performances all over the world, Amy Beach went on to become one of the most influential musical artists of all time. Read on for more on her magical journey to stardom.

Amy Marcy Cheney was born in the cozy little town of Henniker, New Hampshire, on September 5, 1867. Born to a wealthy New England house, Amy took after her mother, Clara Imogene (popularly known as Marcy), who was an extremely talented pianist and an amateur singer at her time. Such was the influence that, even by the age of one, Amy had memorized over forty songs. She began composing her own hymns and waltzes with simple symphonies at the age of five. Her mother, recognizing her dedication for music, encouraged her to take piano lessons with her at the age of six. Amy was ready for her first performance the next year and captivated audiences with her enthralling performance by playing the works of Chopin, Beethoven, Handel along with some of her unique compositions.

The ‘Beach’ family moved to Boston in 1875 and local piano teachers, Ernst Perabo and Carl Baermann, were appointed as Amy’s piano trainers. Amy preferred to be self-taught and did not resort for formal training until she met Junius W. Hill, under whom she studied counterpoint and harmonies for a year, at the age of fourteen. She liked to experiment with her music and motivated herself to study classical pieces on her own. Her natural instincts, skills and her flair for creativity brought her out as a person who liked to create more than follow. Amy’s education was also home-centered like her musical training. Her mother realized it was imperative for her to have some educational backbone apart from music and hence, homeschooled her for six years. Beach then went to a private school where her favorite subjects where in the arts and life sciences department and she particularly took a strong liking to science; she also enjoyed languages such as French and German.

Beach looked for a professional, promising, performing career and embarked on a long journey that began with her musical debut in the year 1883 at one of Boston’s reputed theaters. This was her first ever concerto performance under a lavish orchestra conducted by Adolf Nuendorff and gained her the recognition and laurels which set her on a path of successful performances galore. Amy gave multifarious performances from 1883 to 1885 in Boston and transitioned into a blooming artist.

On December 2, 1885, Amy Marcy Cheney married Dr. Henry Beach who was a widower and senior to her by 24 years. Dr. Beach did not relish the idea of his wife giving public performances (except during charity events) and she respected his ideal and restricted her performances only to the needy.

Dr. Beach liked to see his wife as a wife and less as a performer but despite his restrictions on Amy’s public performance, he supported her musical career and interests. He even influenced Amy to compose her own music. He restricted her from formally studying ‘composition’ as a subject as he feared that it might kill her originality. She began composing chamber works, choral works, cantatas and church music during this time.

In 1892, she stunned audiences with her first ever orchestral composition called ‘Mass in E-flat major’, numbered Opus 5. This was performed by the Handel and Haydn Society and was very well received by critics and listeners. She continued composing and writing works such as ‘Eilende Wolken’, ‘Festivale Jubilate’, and her first symphony known as the ‘Gaelic Symphony’ was completed in 1896. It was the first ever symphony to be written, composed and performed by an American woman and it became irrevocably popular. Before the death of her husband, Amy beach also gave a lot of importance and encouragement to struggling musicians and held events at her house every Wednesday, to launch them into the world on music.

Following the demise of her husband in 1910, Beach spent a couple of years in Europe between the years 1911-1914, where she rose to fame once again with her performances and compositions. She became an established, solo composer and performer and her famous ‘Gaelic Symphony’ was widely popular all over Europe. She was forced to go back to the United States when WWI broke out and chose to live in New York for the rest of her life.

She spent her winters touring and her summers confined to her cottage in Massachusetts, composing and creating. She played for churches and also wrote works for the Chamber Music society of San Francisco. One such work called ‘Theme and variations for flute and string quartets’, went on to become one of the most historical pieces ever written. In 1932, Beach composed her first opera ‘Cabildo’ which became widely popular along with her other 300 works. Most of her ideas were inspired along the lines of ‘romanticism’, which earned her a label of a ‘sentimental musician’ by the cynics.

Beach died of a chronic heart disease on December 27, 1944 in her New York home. The magnitude of her character and heart was seen when she decided to allocate a large part of her will to MacDowell colony. She was one of the most renowned artists of her time, and went on to inspire thousands of upcoming talents. The sad part is however, that her legacy failed to continue posthumously. She was quickly forgotten and all her musical achievements were shelved till the year 1990 when female musicians brought out her works once again and complimented her bravery and her gusto at a time when women faced a lot of oppression. They also highlighted how she chose to be productive in a field where only men dominated during her time. They commended her for her bravery and Amy beach was finally accorded a place on a granite wall called ‘The shell’ that records the names of the most influential music artists. Amy beach was also given a prestigious place in the American classical Music hall of fame in the year 1999.